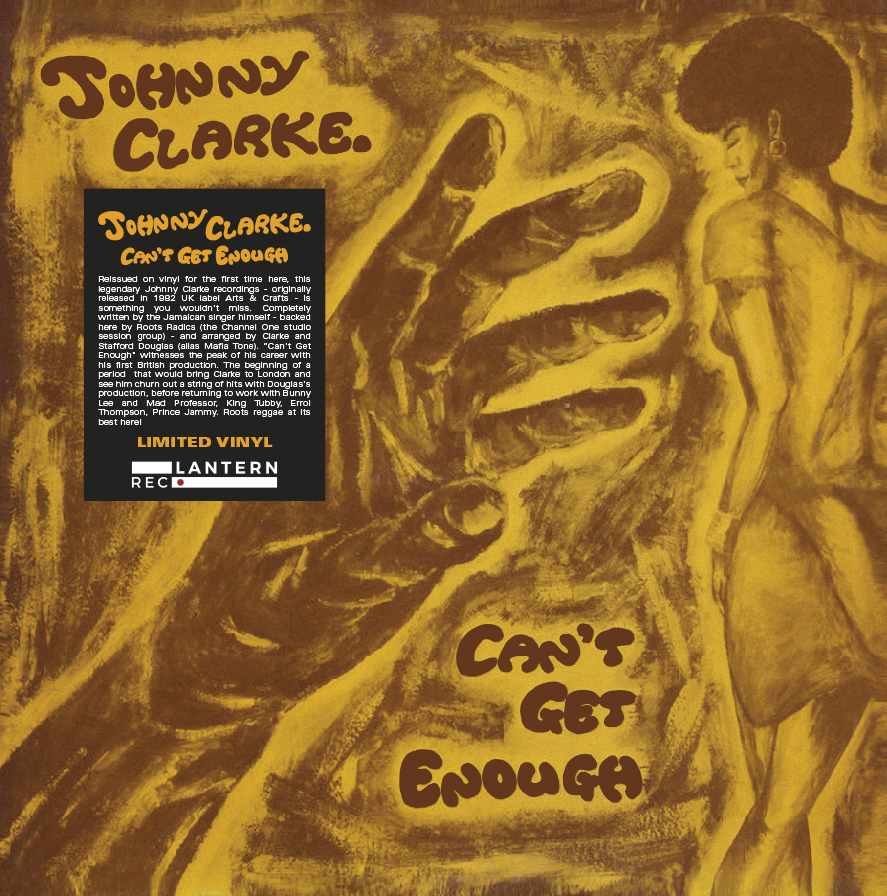 OUT NOW – Reissued on vinyl for the first time here, this legendary Johnny Clarke recordings – originally released in 1982 UK label Arts & Crafts – is something you wouldn’t miss. Completely written by the Jamaican singer himself – backed here by Roots Radics (the Channel One studio session group) – and arranged by Clarke and Stafford Douglas (alias Mafia Tone). ”Can’t Get Enough” witnesses the peak of his career with his first British production. The beginning of a period that would bring Clarke to London and see him churn out a string of hits with Douglas’s production, before returning to work with Bunny Lee and Mad Professor, King Tubby, Errol Thompson, Prince Jammy. Roots reggae at its best here!