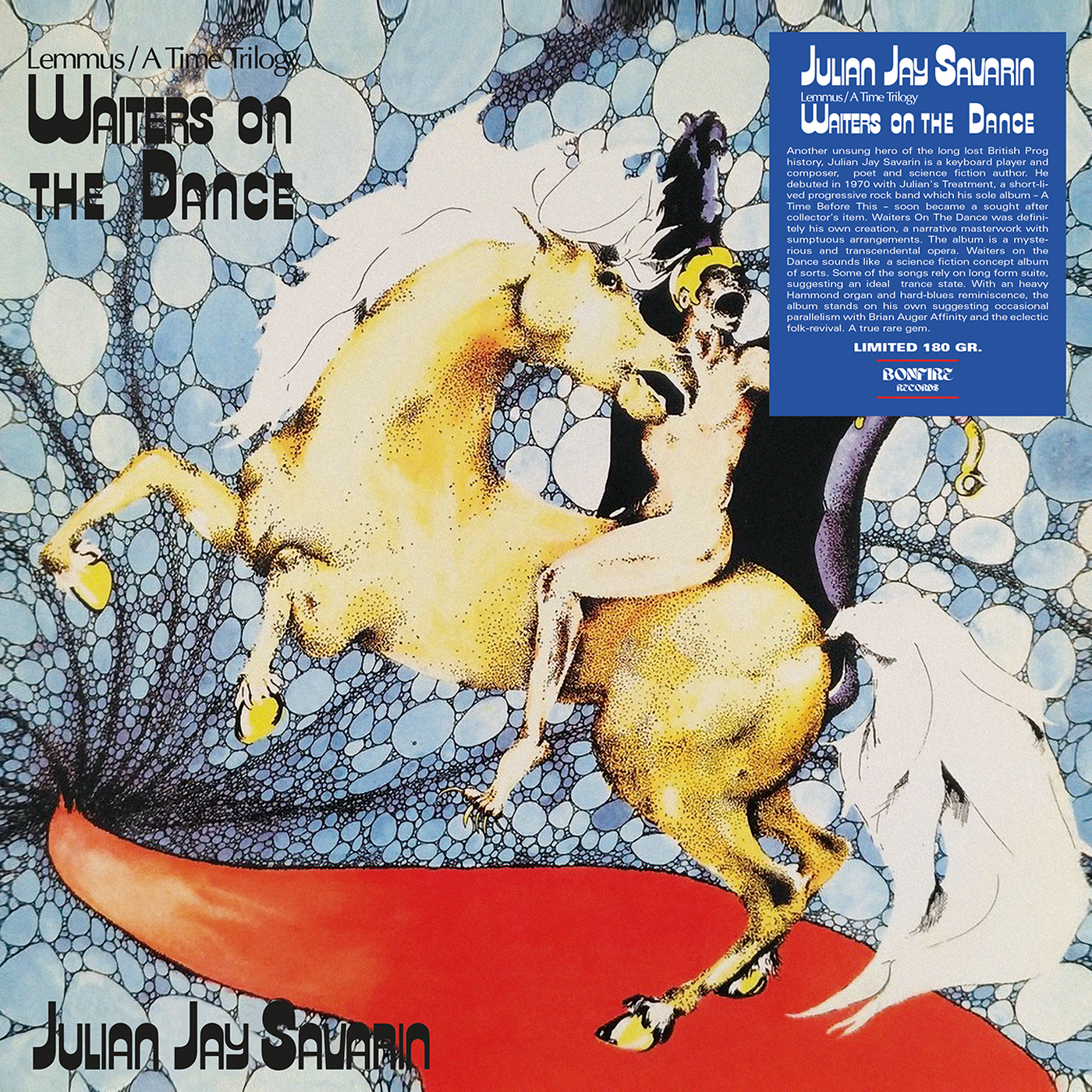 OUT NOW – Another unsung hero of the long lost British Prog history, Julian Jay Savarin is a keyboard player and composer, poet and science fiction author. He debuted in 1970 with Julian’s Treatment, a short-lived progressive rock band which his sole album – A Time Before This – soon became a sought after collector’s item. Waiters On The Dance was definitely his own creation, a narrative masterwork with sumptuous arrangements. The album is a mysterious and transcendental opera. Waiters on the Dance sounds like a science fiction concept album of sorts. Some of the songs rely on long form suite, suggesting an ideal trance state. With an heavy Hammond organ and hard-blues reminiscence, the album stands on his own suggesting occasional parallelism with Brian Auger & The Trinity and the eclectic folk-revival. A true rare gem.