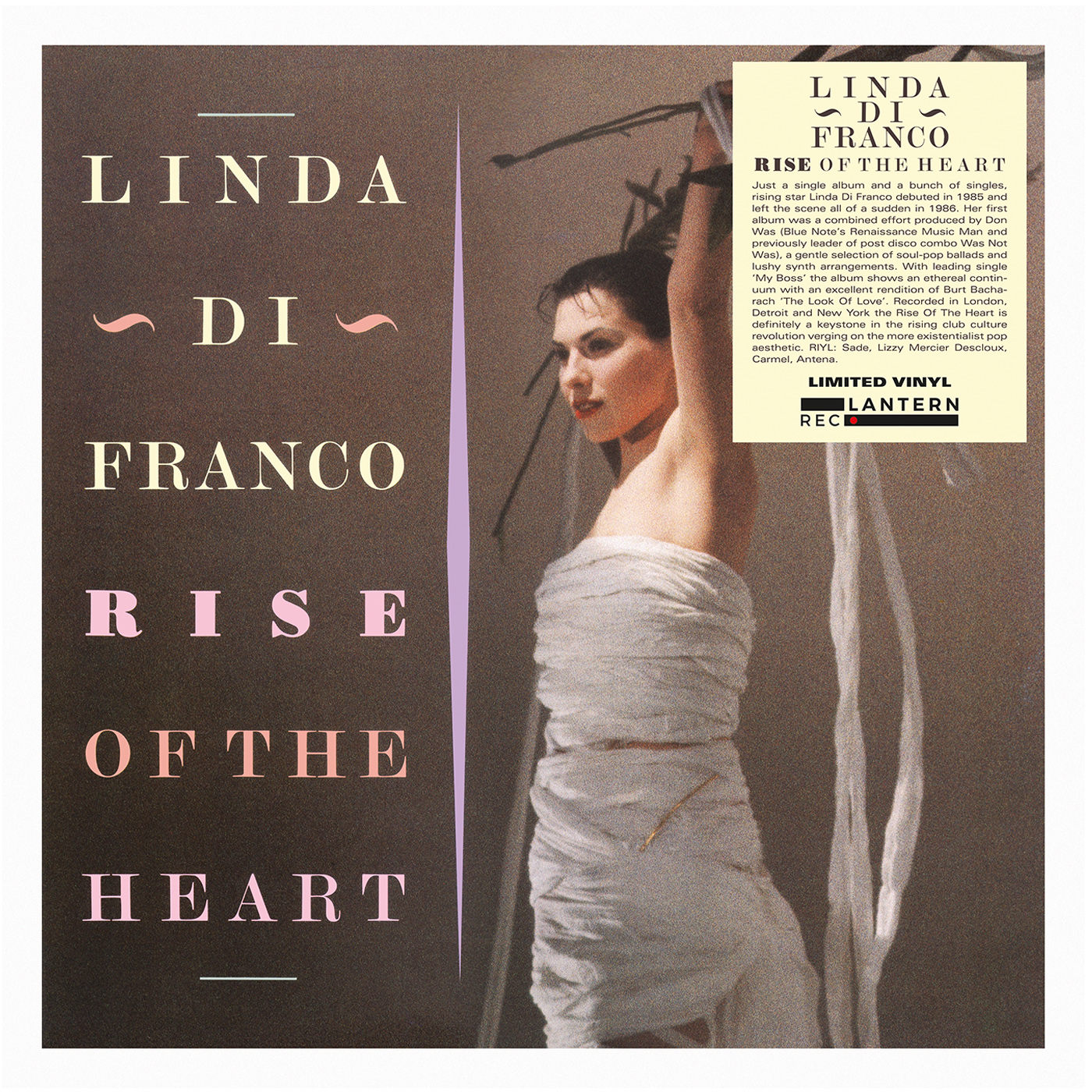 OUT NOW – Just a single album and a bunch of singles, rising star Linda Di Franco debuted in 1985 and left the scene all of a sudden in 1986. Her first album was a combined effort produced by Don Was (Blue Note’s Renaissance Music Man and previously leader of post disco combo Was Not Was), a gentle selection of soul-pop ballads and lushy synth arrangements. With leading single ‘My Boss’ the album shows an ethereal continuum with an excellent rendition of Burt Bacharach ‘The Look Of Love’. Recorded in London, Detroit and New York the Rise Of The Heart is definitely a keystone in the rising club culture revolution verging on the more existentialist pop aesthetic. RIYL: Sade, Lizzy Mercier Descloux, Carmel, Antena.