MICHAEL CHAPMAN
“AND THEN THERE WERE THREE” 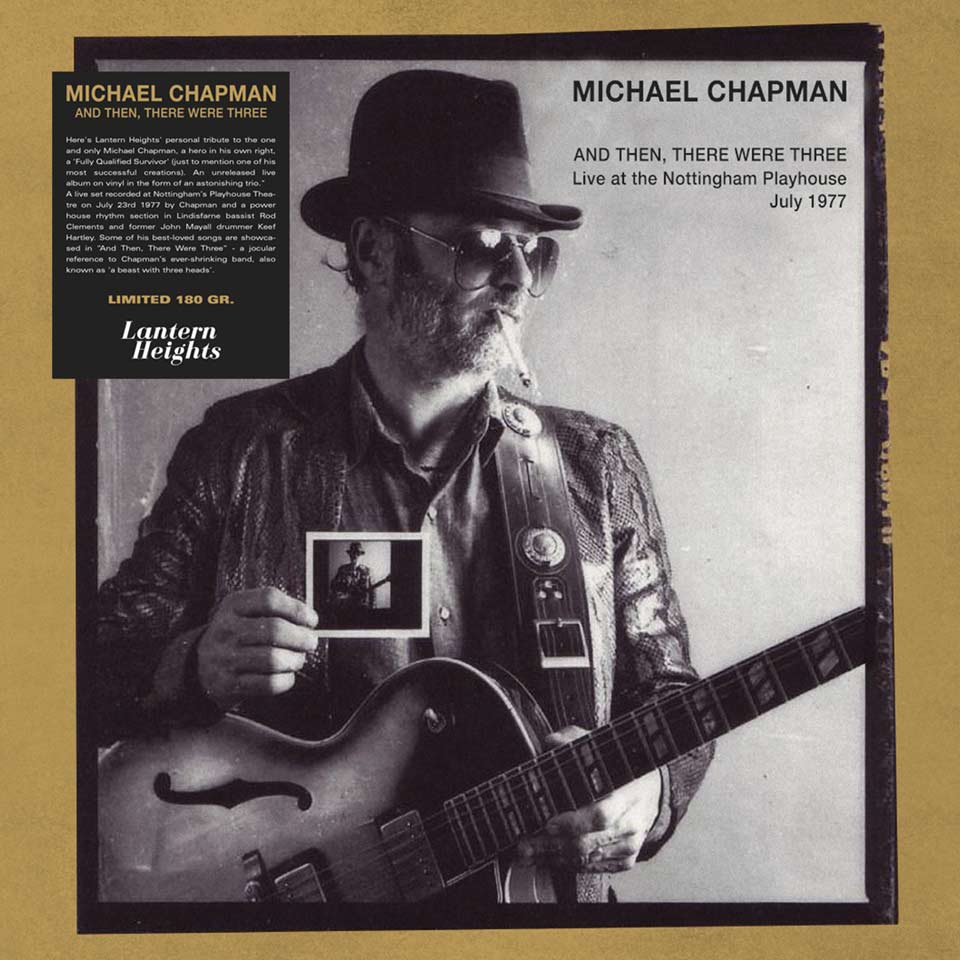 – Here’s Lantern Heights’ personal tribute to the one and only Michael Chapman, a hero in his own right, a ‘Fully Qualified Survivor’ (just to mention one of his most successful creations). An unreleased live album on vinyl in the form of an astonishing trio.”
A live set recorded at Nottingham’s Playhouse Theatre on July 23rd 1977 by Chapman and a power house rhythm section in Lindisfarne bassist Rod Clements and former John Mayall drummer Keef Hartley. Some of his best-loved songs are showcased in “And There Were Three” – a jocular reference to Chapman’s ever-shrinking band, also known as ‘a beast with three heads’.