MINNIE RIPERTON
“COME TO MY GARDEN” 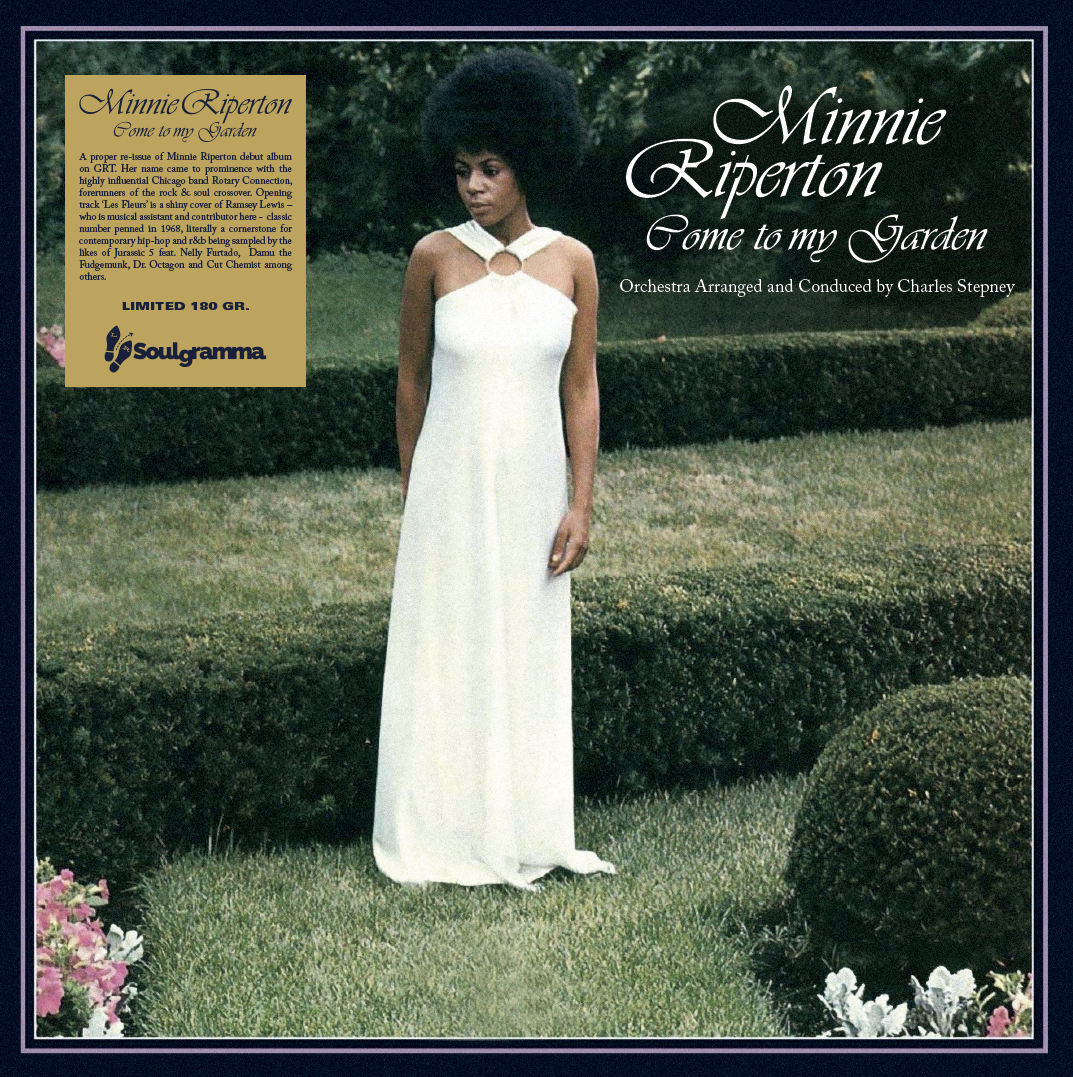 – What a beauty here. A proper re-issue of Minnie Riperton debut album on GRT, originally licensed in 1970. Her name came to prominence with the highly influential Chicago band Rotary Connection, forerunners of the rock & soul crossover. In addition to their own recordings, including their 1967 debut album Rotary Connection, the band is notable as the backing band for Muddy Waters on his 1968 psychedelic blues album Electric Mud. Standing on her own, Minnie cut a series of sublime albums moving in a more soulful way. Opening track ‘Les Fleurs’ is a shiny cover of Ramsey Lewis – who is musical assistant and contributor here – classic number penned in 1968, literally a cornerstone for contemporary hip-hop and r&b being sampled by the likes of Jurassic 5 feat. Nelly Furtado, Damu the Fudgemunk, Dr. Octagon and Cut Chemist among others. Produced by Charles Stepney (already in with Rotary Connection and subsequently behind the desk with Earth Wind & Fire), the album benefits from is lushy orchestral arrangements, pushing the vocal duties of Minnie even forward (her five-octave vocal range, enabled her to sing in ‘whistle register’ nevertheless). The jazzy soft-pop feel overall will mark comparison with Stevie Wonder, Riperton’s future employer/mentor.