NICO
“THE DRAMA OF EXILE” 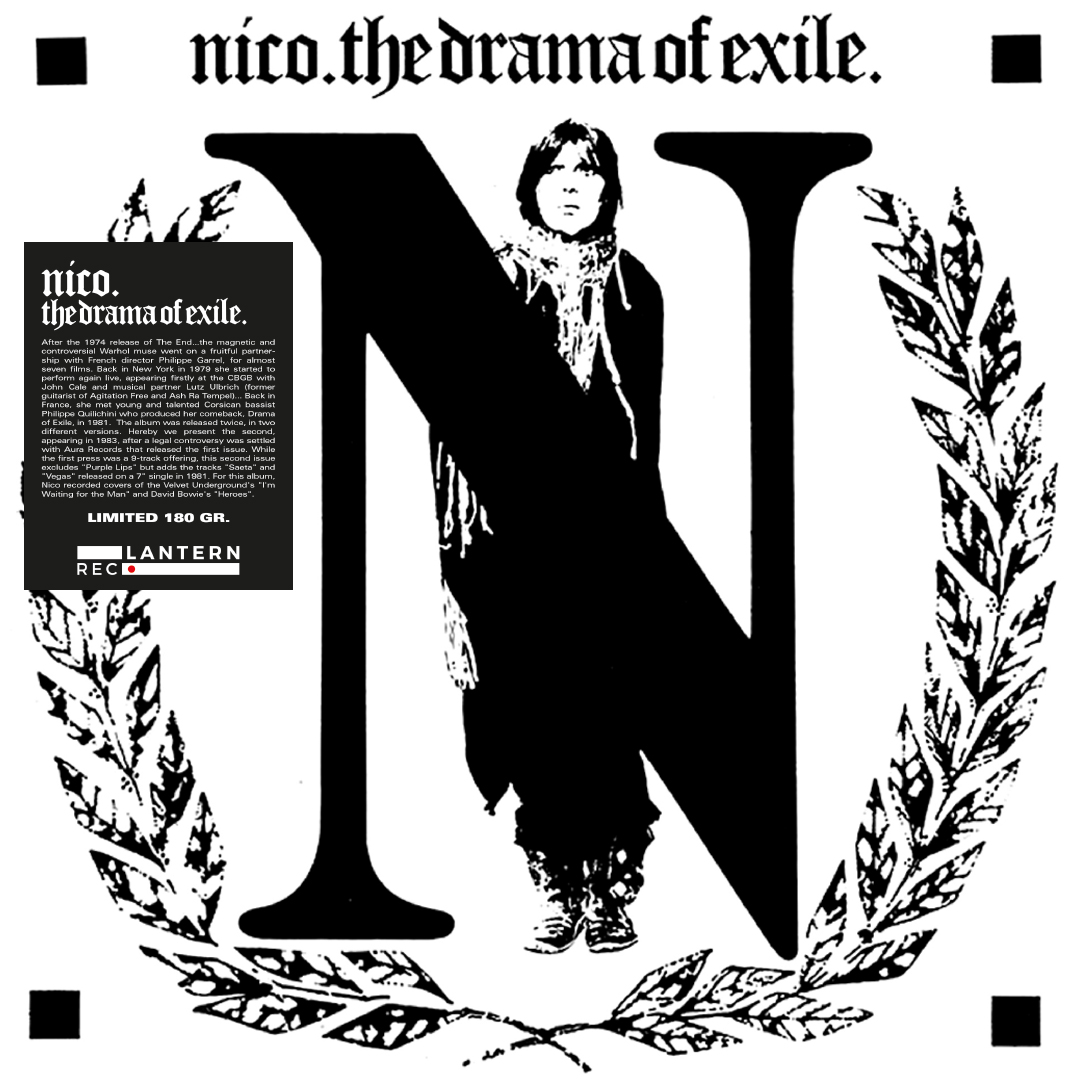 After the 1974 release of The End…the magnetic and controversial Warhol muse went on a fruitful partnership with French director Philippe Garrel, for almost seven films. Back in New York in 1979 she started to perform again live, appearing firstly at the CBGB with John Cale and musical partner Lutz Ulbrich (former guitarist of Agitation Free and Ash Ra Tempel)… Back in France, she met young and talented Corsican bassist Philippe Quilichini who produced her comeback, Drama of Exile, in 1981. The album was released twice, in two different versions. Hereby we present the second, appearing in 1983, after a legal controversy was settled with Aura Records that released the first issue. While the first press was a 9-track offering, this second issue excludes “Purple Lips” but adds the tracks “Saeta” and “Vegas” released on a 7″ single in 1981. For this album, Nico recorded covers of the Velvet Underground’s “I’m Waiting for the Man” and David Bowie’s “Heroes”.