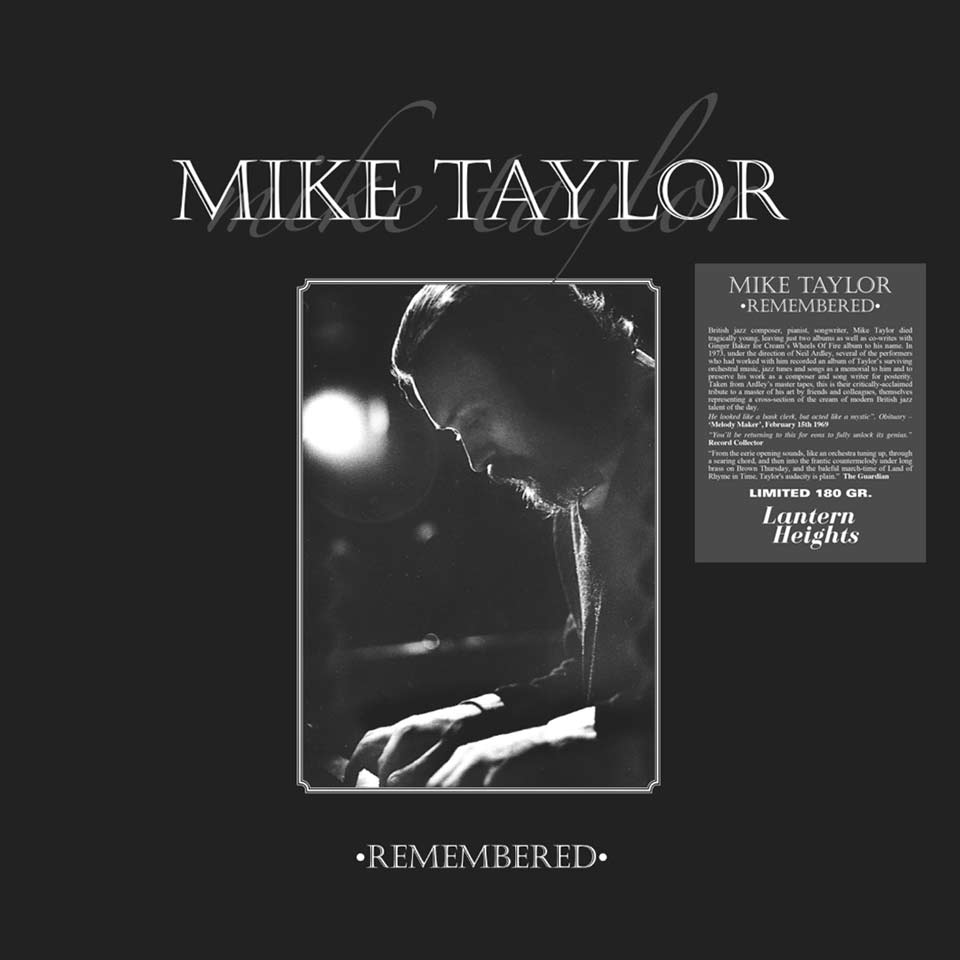 – British jazz composer, pianist, songwriter, Mike Taylor died tragically young, leaving just two albums as well as co-writes with Ginger Baker for Cream’s Wheels Of Fire album to his name.
In 1973, under the direction of Neil Ardley, several of the performers who had worked with him recorded an album of Taylor’s surviving orchestral music, jazz tunes and songs as a memorial to him and to preserve his work as a composer and song writer for posterity.
Taken from Ardley’s master tapes, this is their critically-acclaimed tribute to a master of his art by friends and colleagues, themselves representing a cross-section of the cream of modern British jazz talent of the day.

“You’ll be returning to this for eons to fully unlock its genius.” Record Collector

“From the eerie opening sounds, like an orchestra tuning up, through a searing chord, and then into the frantic countermelody under long brass on Brown Thursday, and the baleful march-time of Land of Rhyme in Time, Taylor’s audacity is plain.” The Guardian